And in the blink of an eye, summer has been and gone and we're rapidly heading towards the Yule festivities. Where does the time go?

I confess I've made very little progress on the Coaching Inn over the last few months and so it's sat, neglected and forlorn on my dining room table gathering dust.

The birth of my first grandchild, and for a while the prolonged ill health of my husband kept me pre-occupied for a number of months, but thankfully things appear to have stabilized and I'm well stocked up on Granny cuddles, which means I can now try and make a little headway with all things miniature.

As I think I've said before, this is my first attempt at building and furnishing a dolls house from a kit, which has proved how shall I say......challenging!  I have now finally managed to construct most of the shell of the Inn but I didn't find following the instructions provided particularly easy and would suggest that perhaps it's time for an update - I mean, even with the best will in the world it's hard to make out what you should be doing from photocopied images like this; 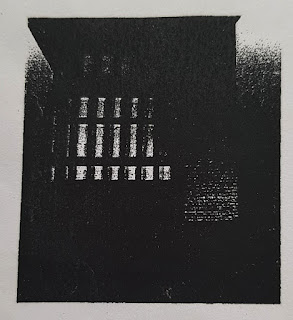 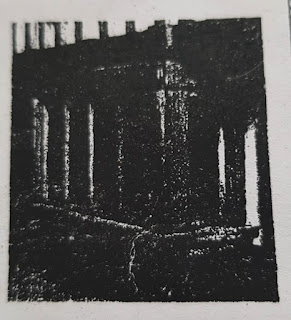 which make it almost impossible to determine how things should look!  In frustration, I resorted to the internet with a view to looking what other people had done so confess my first bay window, now nearly completed, is a bit of a mishmash though I'm quite pleased at how it's progressing; 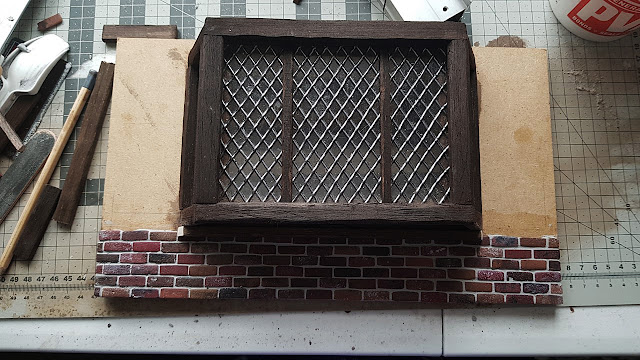 Btw, I ended up being able to buy Triple Thick Gloss here in the UK from Amazon, which I used to give the acetate an older, less clear, glass look.  I think in the process I also managed to stick a bit of dust and the odd cat hair or two in with it, but it all adds to the effect!

Recently I saw a wonderful free tutorial on making miniature brick slips by Jennifer Kennedy of Jennifer's Miniatures over on facebook;

- so decided that rather than forking out a small fortune on bought brick slips, I'd make my own from polymer clay. 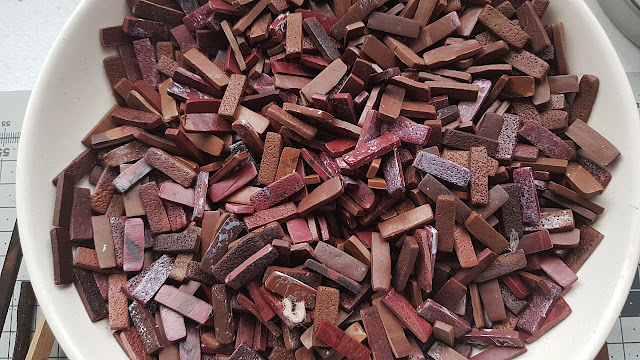 I realize that they're not perhaps truly Tudor looking,  but I rather like the irregularity and they're a lot stronger and more forgiving than bought bricks. The photo here makes them look a little brighter than they actually are in real life but I might eventually end up brushing a light paint wash over them to tone them down a bit more.

And that really is about it for now. I think we're all caught up and still not quite out of the brown phase!